Biodiesel (or biofuel) is the name for a variety of ester-based fuels (fatty esters) generally defined as the monoalkyl esters made from vegetable oils, such as soybean oil, canola or hemp oil, or sometimes from animal fats through a simple transesterification process. This renewable source is as efficient as petroleum diesel in powering unmodified diesel engine.

Fatty acids are readily available and renewable compounds that have been targeted by the biofuel industry. They include highly reduced, aliphatic moieties that mimic the hydrocarbon components of petroleum-derived fuels. However, the carboxylic moiety of the fatty acid molecules is not compatible with model fuels and needs to be modified, for example by esterification, reduction, or decarboxylation. Thus, fatty acids and their intermediates need to be converted into a range of industrially relevant compounds, such asalkyl esters, alcohols, methyl ketones, alkanes, and alkenes (Beller HR et al., Nat Prod Rep 2015, 32, 1508).

Besides fatty acids and parent compounds, isoprenoids are now used as biofuels after a great development in microbial engineering to process their biosynthesis by bacteria, primarily E. coli. Now, several compounds are produced which may be used also as gasoline, diesel, and jet fuels (George KW et al., Adv Biochem Eng/Biotechnol 2015,148, 355).

Despite precise written sources, the concept of using vegetal oil as an engine fuel likely dates when Rudolf Diesel (1858-1913) developed the first engine to run on peanut oil, as he demonstrated at the World Exhibition in Paris in 1900. Unfortunately, R. Diesel died 1913 before his vision of a vegetable oil powered engine was fully realized. 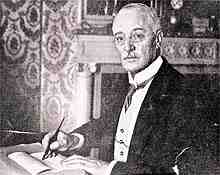 Rudolf Diesel firmly believed the utilization of a biomass fuel to be the real future of his engine. He wanted to provide farmers the opportunity to produce their own fuel. In 1911, he said “The diesel engine can be fed with vegetable oils and would help considerably in the development of agriculture of the countries which use it”.

After R. Diesel death the petroleum industry was rapidly developing  and produced a cheap by-product “diesel fuel” powering a modified “diesel-engine”. Thus, clean vegetable oil was forgotten as a renewable source of power.

Modern diesels are now designed to run on a less viscous fuel than vegetable oil but, in times of fuel shortages, cars and trucks were successfully run on preheated peanut oil and animal fat. It seems that the upper rate for inclusion of rapeseed oil with diesel fuel is about 25% but crude vegetal oil as a diesel fuel extender induces poorer cold-starting performance compared with diesel fuel or biodiesel made with fatty esters (McDonnel K et al. JAOCS 1999, 76, 539).
Today’s diesel engines require a clean-burning, stable fuel operating under a variety of conditions. In the mid 1970s, fuel shortages spurred interest in diversifying fuel resources, and thus biodiesel as fatty esters was developed as an alternative to petroleum diesel. Later, in the 1990s, interest was rising due to the large pollution reduction benefits coming from the use of biodiesel. The use of biodiesel is affected by legislation and regulations in all countries (Knothe G, Inform 2002, 13, 900). On February 9, 2004, the Government of the Philippines directed all of its departments to incorporate one percent by volume coconut biodiesel in diesel fuel for use in government vehicles. The EU Council of Ministers adopted new pan-EU rules for the detaxation of biodiesel and biofuels on October 27, 2003. Large-volume production occurs mainly in Europe, with production there now exceeding 1.4 million tons per year. Western European biodiesel production capacity was estimated at about 2 million metric tons per year largely produced through the transesterification process, about one-half thereof in Germany (440,000 and 350,000 MT in France and Italy, respectively). In the United States, by 1995, 10 percent of all federal vehicles were to be using alternative fuels to set an example for the private automotive and fuel industries. Several studies are now funded to promote the use of blends of biodiesel and heating oil in USA. In USA soybean oil is the principal oil being utilized for biodiesel (about 80,000 tons in 2003). Details may be viewed on-line through the National Biodiesel Board web site.
Several reviews on sources, production, composition and properties of biodiesel may be consulted for further information:

As many algal species have been found to grow rapidly and produce substantial amounts of triacylglycerols (oleaginous algae), it has long been postulated that they could be employed to produce oils and other lipids for biofuels (see review in : Hu Q et al., The Plant J 2008, 54, 621-639). A very informative review of the prospects of using yeasts and microalgae as source of cheap oils that could be used for biodiesel may be consulted (Ratledge C et al., Lipid Technol 2008, 20, 155). The expected properties of biodiesel derived from some algal oils have been reviewed (Knothe G, Lipid Technol 2011, 23, 247).

“Biodiesel fuel” related contents, such as its manufacture, its market, its benefits, its laws and regulation in the United States may be found on the Go-Parts web site.

The book of Nitske WR et al. may be consulted for the history of biodiesel (Nitske WR, Wilson CM, Rudolf Diesel: Pioneer of the age of power).

What is still widely unknown is that it is easy to make biodiesel for diesel engines using vegetable oil or animal fat. Biodiesel is sold commercially in Europe, America and Australia.
On a small scale, vegetable oil is relatively expensive, but used products from the cooking industry is abundant and can easily and cheaply be converted into a biodiesel fuel that will mix in any quantity with conventional diesel. During heating, the amount of polymers in the oil may increase up to 15 wt% and thus may have negative influence on fuel characteristics. Therefore, the amount of polymers in waste oil is a good indicator for biodiesel production (Mittelbach M et al. JAOCS 1999, 76, 545).

The transesterification process involves mixing at room temperature methanol (50% excess) with NaOH (100% excess), then mixing vigorously with vegetable oil and letting the glycerol settle (about 15% of the biodiesel mix). The supernatant is biodiesel and contains a mixture of methylated fatty acids and methanol, the catalyst remaining dissolved in the glycerol fraction. Industrially, the esters are sent to the clean-up or purification process which consists of water washing, vacuum drying, and filtration.
An in situ alkaline transesterification was shown to be efficient in preparing fatty acid esters, the simple and direct process eliminating the expense associated with solvent extraction and oil cleanup (Haas MJ et al., JAOCS 2004, 81, 83).

Transesterification may be processed using methanol, ethanol, isopropyl alcohol, or butanol, the catalyst being either sodium or potassium hydroxide. It was shown that the methanol/oil molar ratio influences largely the efficiency of the reaction and has important implications for the optimal size of methyl ester plants (Boocock DGB et al. JAOCS 1998, 75, 1167). Optimization of methanolysis of Brassica carinata oil has been examined considering the catalyst concentration as well as the reaction temperature (Vicente G et al., JAOCS 2005, 82, 899). A study described the application and optimization of in situ transesterification to a lipid-bearing algal biomass (Haas MJ et al., Eur J Lipid Sci Technol 2011, 113, 1219). This approach eliminates the need to isolate and refine the feedstock lipids.

Various reaction parameters for the synthesis of biodiesel from safflower oil were studied to improve the fuel production which was within the recommended standards with 96.8% yield (Meka PK et al., J Oleo Sci 2007, 56, 9).

A study provides biodiesel producers with indications of the quality of biodiesel without the need for analytical testing of the product. With the fatty acid profile of the starting vegetable oil, the quality of biodiesel can be estimated by using a chart developed in the work, allowing to estimate, e.g. if the biodiesel meets the European standards (Viola E et al., Eur J Lipid Sci technol 2011, 113, 1541).
Free fatty acids and total glycerol (free and acylglycerols) can initiate engine corrosion and affect human or animal health by emission of hazardous acrolein into the environment. Accordingly, maximum allowable amounts of free fatty acids and acylglycerols are included in the biodiesel specification of most countries.

For glycerol, a maximum permissible concentration of 0.02 wt-% is set by the European norm as well as by the ASTM specification. Therefore, it is necessary to determine the amount of free glycerol in biodiesel. Among others, a simple and rapid method was described using HPLC with refractometric detection (Hajek M et al., Eur J Lipid Sci Technol 2006, 108, 666). A simple HPLC method using a light-diffusion detector was proposed to monitor acyglycerols and free fatty acids concentrations in biodiesel (Kittirattanapiboon K et al., Eur J Lipid Sci Technol 2008, 110, 422). Glycerol can also be estimated very accurately by UV–visible spectrophotometry after derivatization with 9,9-dimethoxyfluorene (Reddy SR et al., JAOCS 2010, 87, 747).
Information on the physical properties described by the standards and details on the standard reference methods may be found in the paper by Knothe G (JAOCS 2008, 83, 823).

It was experienced that 10 l of soybeans produced about 1.9 l of biodiesel. A liter of this fuel contains about 35,000 BTUs.
If fats or solidified oil are used, it will need to heat up to 50°C the mixture prior to mixing with methanol and catalyst.
If free fatty acids are present, as in used cooking oils (estimation with acid number), special pretreatment technologies may be required.

Among lipid-rich materials of low value is soapstock, a co-product of the refining of edible vegetal oils. This mixture is generated at a rate of about 6% of the treated unrefined oil (45 MT per year in USA). An efficient procedure involving acid-catalyzed esterification of soapstock has been described (Haas MJ et al., J Am Oil Chem Soc 2003, 80, 97).

Information on making biodiesel may be found in specific websites :

http://www.biodieselfuelonline.com/ (the latest information on biodiesel)

European Biodiesel Board: Update on negotiations on biofuel directives (21 February 2003)

A comprehensive review of problems of emissions and of small-, medium-, and industrial-scale production with numerous web resources and references may be found on the web :

By developing methods to use cheap and low quality lipids as feedstocks, it is hoped that a cheaper biodiesel can be produced, thus competing economically with petroleum resources.