Serpentene, a similar polyunsaturated phenylalkenoic acid, is also produced by Streptomycesand was shown to have some antibacterial properties. 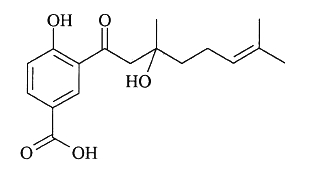