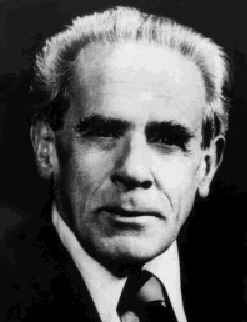 Folch made so important scientific contributions to the areas of lipid chemistry that he can be considered as a direct successor of Thudichum, the famous 19th-century founder of structural neurochemistry.

Folch was born in Barcelona on 25 March 1911, son of Rafel Folch and Maria Pi. The father was a lawyer and a catalan poet, the mother was teacher. As his mother liked and spoke French, Jordi Folch followed an education course in the Lycée Français of Barcelona and received in 1927 a bachelor of science degree.

After taking courses in the Faculty of Medicine and receiving a M.D. degree from he University Medical school in 1932, he had clinical experience and practiced medicine for two years.
During his medical studies, Folch attended the Institute of Physiology in Barcelona where he co-signed papers on glycogen synthesis.

In 1936 he was accepted as a research fellow at the Rockefeller Institute in New York. Rapidly, he was associate for nine years in the scientific staff of the hospital of the Rockfeller Institute for Medical research in Donald Van Slyke’s department.

During his first work on blood lipids in patients suffering of pituitary hormone disturbances, he attempted to improve the extraction of lipids. During these first research he co-signed a paper with Van Slyke on an improved manometric method for carbon analysis. Using this newly developed method, he characterized the isolated “cephalin” fraction from brain tissue that after Thudichum was considered as pure phosphatidyl ethanolamine. Folch showed that the amount of carbon and of amines were not consistent with Thudichum formula. These research led to Folch’s first publication on brain lipids in 1941 followed over a period of several yeras by a series of famous papers showing that cephalin was not a single lipid but rather a mixture of three lipids (phosphatidyl ethanolamine, serine and inositol). Folch was the first to have elucidated the structure of phosphatidyl serine.  Furthermore, he isolated subsequently mono-, di- and triphosphoinositides.

In 1944, Folch was appointed director of research in a new institute at McLean Hospital (a division of Massachussetts General Hospital) and assistant professor of biological chemistry at Harvard Medical school to develop a program in neuroscience. His fundamental philosophy was that, to understand the structural chemistry of the brain, it was necessary to identify all brain components. Thus, he developed mild procedures for quantitative extraction of brain lipids leading to the classic method using a chloroform-methanol mixture and a phase partition with water which resulted in quantitative extraction of tissue lipids and removal of water-soluble contaminants. This method became one of the most highly cited papers of the 1950s.
Folch used successfully his method to examine changes in brain lipids and proteins during development or diseases, method which led to the identification of myelin proteolipid (defined as a new type of lipoproteins) in white matter and water-soluble glycolipids (named strandin at that time but now recognized as gangliosides) in gray matter. Until the end of his career, the characterization of proteolipids was a major focus of Folch’s work and interest. The Folch’s isolation procedure provided the basis for later studies of acylated proteins and gangliosides.

In 1945, Folch married a young student Willa Babcock who gave him three children. Later, she was academic dean of Tufts University in Medford, Mass.

Despite a short bibliography, Folch can be considered as one of the founders of the chemistry of complex lipids and correlatively as a leader in the development of neurochemistry.

In 1956, Folch became the first Professor of Neurochemistry at Harvard Academy of Arts and Sciences.

After his retirement in 1977, he was Professor of Neurochemistry Emeritus and continued to be active as honorary biochemist at McLean Hospital until his death (3 October 1979).

Brain cephalin, a mixture of phospatides. Separation from it of phosphatidyl serine, phospatidyl ethanolamine and a fraction containing an inositol phosphatide. J. Biol. Chem. 146:35-44.

With B. H. Waksman, H. Porter, M. B. Lees, and R. D. Adams. A study of the chemical nature of components of bovine white matter effective in producing allergic encephalomyelitis in rabbits. J. Exp. Med. 100:451-71.

Composition of the brain in relation to maturation. In Biochemistry of the Developing Nervous System, ed. H. Waelsch, pp. 121-36. New York: Academic Press.

With F. N. LeBaron. The isolation from brain tissue of a trypsin-resistant protein fraction containing combined inositol, and its relation to neurokeratin. J. Neurochem. 1:101-108.

With H. Porter. Cerebrocuprein I, a copper-containing protein isolated from the brain. J. Neurochem. 1:260-71.

With M. Lees and G. H. Sloane Stanley. A simple method for the isolation and purification of total lipids from animal tissues. J. Biol. Chem. 226:497-509.

With M. Lees and G. H. Sloane Stanley. The role of acidic lipides in the electrolyte balance of the nervous system of mammals. In Metabolism of the Nervous System, ed. D. Richter, pp. 174-99. London: Pergamon Press.

With M. B. Lees. A study of some human brains with pathological changes. In Chemical Pathology of the Nervous System, ed. J. Folch-Pi, pp. 75-82. Oxford: Pergamon Press.

With R. Quarles. Some effects of physiological cations on the behavior of gangliosides in a chloroform:methanol:water biphasic system. J. Neurochem. 12:543-53.