Although reactions involving catalytic hydrogenation of organic substances were known prior 1897, the property of finely divided nickel to catalyze the fixation of hydrogen on hydrocarbon (ethylene, benzene) double bonds was discovered by the French chemist, Sabatier  (C R Acad Sci 1897, 132, 210 and 1901, 132, 210). Thus, unsaturated hydrocarbons in the vapor state could be easily converted into saturated ones when passing with hydrogen gas over a catalytic metal.

Soon after this report, a German chemist, W. Normann, found that this catalytic method could be used to convert unsaturated fatty acids or glycerides in liquid state into saturated ones. 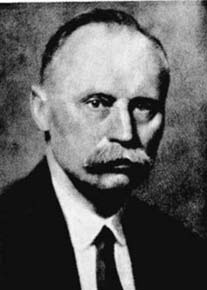 He had shown that when “a fine nickel powder obtained by reduction in a hydrogen current is added to chemically pure oleic acid, the latter heated over an oil bath and a strong current of hydrogen is caused to pass through it for a considerable time, the oleic acid may be completely converted into stearic acid. The fatty acid of tallow which melts between 44 and 48°C, has an iodine number 35.1 and a yellow color, will after hydrogenation, melt between 56.5 and 59°C, while its iodine number is 9.8 and its colour slightly lighter than before, and it will be very hard. The same method is applicable not only to free fatty acids, but also to the glycerides occurring in nature, that is to say, the fats and oils. Olive oil will yield a hard tallow-like mass, linseed oil and fish oil will give similar results”.

The detailed process was patented in Germany (Verfahren zur Umwandlung ungesättigter Fettsäuren and deren Glyzeride in gesättigte Verbindungen, 1902,  Patent 139,457) and in England (Process  for converting unsaturated fatty acids or their glycerides into saturated compounds, 1903, Brit Pat Appl 1515) but its use was developed and improved during the next 30 years.

The introduction of elevated hydrogen pressure by Ipatieff V.N. (Catalytic reactions at high pressures and temperatures, Macmillan, NY, 1936) in 1904 further extended the range of possible reactions and formed the basis of quite all the later technical developments in this field. The catalytic hydrogenation process became the subject of a vast amount of research over the world. Thus, new metals and supports are explored. Nickel remained the metal of choice but supports made from silica and alumina enable to offer a range of catalysts suited to various purposes in the edible oil industry.
Now, the hydrogenation of oils and fatty acids is a 15 million tons per year business, carried out in over 60 countries world-wide. It is a process used in the manufacturing of a great number of products. Margarine, shortenings and other edible fats, lubricants, cosmetics, soaps, and more. Hydrogenation changes the melting and solidification characteristics of the fats or oils treated. The aim of that important industrial reaction is to obtain monounsaturated fatty acids from the polyunsaturated ones and thus, to obtain new, attractive organoleptic changes and a greater chemical stability, especially with regard to oxidation.

Unfortunately, trans-fatty acids are side products of catalytic hydrogenation. If unsaturated fatty acids leave too rapidly the surface of the metallic catalyst (short retention time), the hydrogenation reaction is not complete and double bonds may be shifted in other positions on the carbon chain (isomerisation). They may also adopt another structure (trans-form instead of cis-form). This reaction was first described by Twigg GH (Proc Roy Soc, London A 1941, 178, 106). The importance of these transformations depends mainly on the catalyst selectivity, hydrogen delivery, temperature and agitation.

Around 1963, when it appeared necessary to keep an adequate amount of linoleic acid (essential fatty acid) in margarine, a new copper-based catalyst was introduced (Unilever Patent), thus, leading to a selective hydrogenation of higher unsaturated fatty acids (3 or more double bonds per molecule) with fewer isomerisation. It seems that palladium-based catalysts may lead to a low production of trans acids while giving a convenient low level of saturates (Beers A et al., Inform 2004, 15, 404).

An alternative and new process for hydrogenation of edible oils and fats was developed to reduce the production of fatty acid isomers (Smidovnik A et al., J Am Oil Chem Soc 1994, 71, 507). This process, described as catalytic transfer reaction, uses hydrogen donors as a source of hydrogen instead of molecular hydrogen in classical techniques. It allows a good selectivity, short reaction times, and safe handling. A procedure adapted to the laboratory level was described using sodium formate as hydrogen donor and Pd as catalyzer. The isomerization level was shown to remain lower than 1% with several vegetal oils (Naglic M et al., J Chromatogr A 1997, 767, 335).

Another alternative to obtain low trans isomer levels in edible oils is interesterification. In this process, the fatty acid chains of two different oils (a fully hydrogenated fat and a normal vegetal oil) are redistributed.

While oils are typically hydrogenated, the process may also be applied to phospholipid fractions. Hydrogenated lecithins are more stable, more easily bleached, hence more easily used as emulsifiers than the natural products. They are for example used to inhibit the fat bloom in chocolate. In practice, phospholipids require higher temperatures and pressures than triglycerides. Hydrogenation of lecithin is carried out at about 80°C and 70 atm pressure in the presence of nickel catalyst (Jacini G, US Patent 2,870,179 – 1959). When dissolved in a mixture of chlorinated solvents and ethanol and in the presence of palladium, much lower temperatures and pressures can be used (Cole RD, US Patent 2,907,777 – 1959).