On account of their nutritional and industrial importance, some vegetable oils have been extensively studied and we give below a short description of the most important among minor natural oil sources: 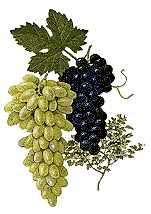 Carthame or Safflower (Carthamus tintorius, Composae). Grown mainly in India, Mexico, Ethiopia, Australia and cultivated in USA. The plant was known in ancient Egypt (mummy of pharaoh Amenophis I, 1600 B.C.), in the Persian Gulf and used until recently for its tinctorial properties (pink, red color). 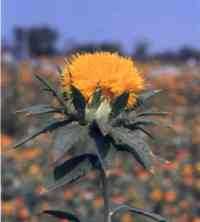 Oil content: 30-40%. The oil which has one of the highest linoleic acid content (75-80%) is used in lipochemistry, human nutrition and dietetic. Thus, safflower oil is utilized as cooking oil and in the form of salad oil, mayonnaise, margarine and in processed foods. Nonfood uses are coatings, paints, and alkyd or polyamide resins.
Most of the commonly cultivated varieties contain more than 70% linoleic acid in their oil but some varieties have been developed with high oleic (up to 70%) or stearic (5-10%) acid contents.
The world production of safflower seeds was about 20,000 tons in 1999, 36% being from India.

Poppy seed (Papaver somniferum, Papaveracae). It originated from middle east countries (probably from Anatolia) and is cultivated in northern and central Europe since ancient times for its oil- rich seeds and opium. 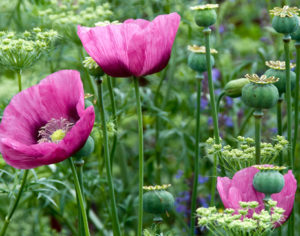 Oil content: 35-50% with 73% linoleic acid, 13% oleic acid and 10% palmitic acid. The composition in triacylglycerol species is characterized by the presence of LLL (20%), OLL (14%), LLP (15%), LOP (6%), and OLO (6%) (Holcapek M et al., J Sep Sci 2005, 28, 1315). The oil is used as a salad and cooking oil, for margarine manufacture, and cosmetics but remains one of the most popular of the drying oils used as a medium for oil painting. It is less viscous than linseed and walnut oil and does not easily turn rancid. It is, however, slow drying. This turned out to be an advantage rather than a disadvantage when the method of alla prima painting came into vogue about the middle of the 19th cent. The oil is also used in dietetic and lipochemistry. The world production was about 1000 tons  in 1999, 80% from Romania.

Linseed (Linum usitatissimum, Linacae). It originated from middle east countries and is cultivated in temperate regions of Canada, Argentina, India and USA. The plant was anciently used for fibers (linen) in Egypt (about 8000 B.C.). That linen was then introduced in Greece, Italy and then in whole Europe from the 11th century by the Phoenician tradesmen. Up to the end of the 18th century, Linum was the most popular plant used to produce fibers for linen.

Linseed contains about 34% oil which is characterized by its high content in linolenic acid (more than 50%). The composition in triacylglycerol species is characterized by the presence of LnLnLn (30%), LLnLn (19%), OLnLn (13%), LnLnP (7%), OLLn (6%), LLLn (5%), and OLnO (3%) (Holcapek M et al., J Chromatogr A 2003, 1010, 195). Another investigation has shown a different pattern, suggesting variations according to the source of the oil (Jakab A et al., J Chromatogr A 2002, 976, 255). The linseed oil is used mainly in lipochemistry and belongs to the drying oils since it can polymerize quickly in air, it was thus used in ancient times as constituent of oil paint and now of printing inks. The whole world production of linseed oil was about 0.6 million tons in 2004-05, the first producer being Canada (40%).

Camelina oil (Camelina sativa, Crucifereae). Camelina is described in USA as a weed but also as an underutilized oil-seed and known as gold-of-pleasure, Dutch flax, and false flax. Camelina seeds have been found in archaeological sites from the Bronze Age.

Camelina seeds contain more than 40% oil and its fatty acid composition is similar to flaxseed oil with a high content of linolenic (about 38%), linoleic (about 16%) and oleic (about 19%) acids. Like many of the Cruciferae, camelinacontains erucic acid (about 2.5%) and eicosenoic acid (20:1 n-9) (about 12%). Furthermore, the most unusual characteristic of camelina oil is its relatively high content of cholesterol (about 200 mg per kg) and brassicasterol (about 130 mg per kg) (Shukla VKS et al., JAOCS 2002, 79, 965).

Almond seed (Prunus amygdalus, Rosaceae). Cultivated in temperate regions, almonds is one of the most popular tree nuts on a worldwide basis and ranks number one in tree nut production. 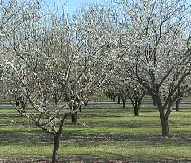 Hazel-nut (Corylus avellana, Betulinae). The plant is cultivated in Italy, Spain and Turquey. 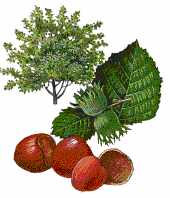 Walnut (Juglans regia, Juglandacae). Originated from Iran but found in Europe and mainly in France. 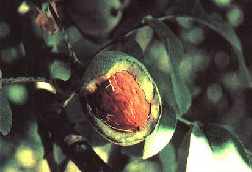 Oil content: 50-70%. The composition in triacylglycerol species is characterized by the presence of LLL (38%), OLL (18%) and LLLn (18%) (Amaral JS et al., J Agric Food Chem 2004, 52, 7964). Another investigation has shown a different profile, suggesting a variation according to the source of the oil (Jakab A et al., J Chromatogr A 2002, 976, 255). It was one of the earliest oils used in painting, and perhaps the commonest medium in the early days of oil painting, but it is little used today. It dries more slowly than linseed oil but has less tendency to turn yellow. The oil is now used in human nutrition and dietetic and, as a rich source of linolenic acid (Ln), is largely studied in order to evaluate its possible health benefits (cardiovascular diseases).

To learn more on the fatty acid composition of these oils

Individual monographs on minor oil crops in developing countries, including edible and non-edible oils are given in the FAO Agricultural Services Bulletin n° 94.